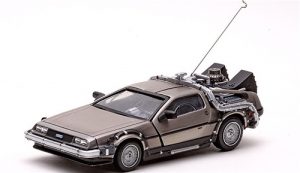 Let’s get in a time machine and go back to ten years ago today, October 9th, 2007, the day the Dow Jones Industrials Average hit its pre-financial crisis high.  You arrive to a world where there are no iPads, no Tesla electric cars and George Bush is president.  Facebook has only been open to non-college students for a year and the iPhone is just three months old.  The unemployment rate is 4.7% and housing prices have been rising nicely.

Your company has just been sold and your stock proceeds totaled $2 million, but now you’re out of a job.  After some mid-life soul searching you decide to spend the next decade helping people in Africa and you sell your home.  On your way to Africa, you stop off in New York to catch up with a friend to help figure out how to invest your $2.5 million in life savings for the time you’ll be away.

Your friend arranges a lunch with John Bogle, founder of the Vanguard mutual fund company.  Bogle says that your investment decision is simple.  Just put all your money into the Vanguard S&P 500 Index fund.  Stocks, he says, have averaged 10% annual gains since the 1920’s and his fund had averaged about 17% per year for the prior five years, off the post dot-com low that coincidentally was on October 9, 2002.  Even if you earn just 10% during the decade you’ll be gone, then your $2.5 million could grow to nearly $6.5 million!

The next day, though, your friend has another lunch arranged, this time with a little-known hedge fund manager named John Paulson.  Paulson explains that the housing market is in a huge bubble that is about to burst.  He says that millions of people will default on their mortgages and that the big banks are in big trouble.  Housing prices will plunge and the stock market will likely crash.  It could take several years to recover from the impending crisis.  While part of you thinks he’s crazy, he has done a lot of research and he’s pretty persuasive.

So, like any other day, it’s hard to predict the future.  You’ve met an optimist that thinks the stock market will continue to rise nicely in the coming years and a pessimist that thinks a huge financial crisis is about to hit.  You could invest in stocks, gold, a short-term government securities fund, or ten-year US Treasury bonds, but you’ll need to stay with that decision until you return from Africa in ten years.  What do you do?