I’m scared.  You’ve probably heard about this coronavirus that’s going around.  I don’t want to get it.  I work hard every day to eat well and exercise and maintain a healthy weight.  I hate going to the ER and hospitals scare me.

But it’s out there and spreading.  I’ve done all that I can, washing my hands, social distancing, and have limited the people I interact with to about a dozen since Sunday.  But one of them had been traveling on Sunday and may well have been near some sick people.

I’ve heard that the average incubation time is five days, with 95% of the cases in the 4-6 day range but another study says 5-8 days.  Every morning I wake up and check myself over.  Any body aches, fever, cough?  Whew, another day down.

I’m a numbers guy and my stress over getting this virus is irrational.  According to the Johns Hopkins site there are only 334 cases in Michigan so far.  That will likely double by Tuesday, maybe even more given the increase in testing.  And that may double again by the end of next week.  So there could be 1,400 cases in Michigan by the end of next week.  With a state population of about 10 million that means one out of every 7,000 people will catch it by then.

But they aren’t testing everyone, so the odds are probably worse than that.  Somebody told me that there were 50 times as many cases as are being reported.  That brings it down to a 1 in 140 chance.

And then what if I do get it?  I’ve seen figures that say 85% of the cases are pretty mild and don’t require hospitalization.  And only about 1% of the people my age will die of it and I’m relatively healthy for my age.

But still, I. Don’t. Want. It.  And I’m counting down the days until I feel like I’m safe.  I’ll feel a little better if I make it until Sunday, even better if I wake up on Tuesday with no signs of it.  Today, I’m still scared.

But I’m not scared of the stock market.  I’ve been an investment advisor for the past 37 years and I’ve seen this before.  I vividly remember the Crash of 1987 with the Dow down over 22% on Black Monday.  I was out meeting clients and listening to the market updates on the radio in my car.  I drove back to the office that evening and called all my clients.  I’m not sure if I was reassuring them or if they were reassuring the 27-year-old me but we got through that wild week and the market quickly rebounded from what could have been steep losses had we panicked and sold.

Then there was the dot.com boom and all of our clients wanted more tech stocks.  By the end of 1999 we were trying to reduce the tech in our client’s portfolios and put a big allocation of their portfolios into REITs (real estate).  Most of them went along with us but a couple fired us and put all their money into their E-Trade account, some buying tech stocks on margin.  Others went to the tech heavy mutual funds.  The large cap stocks fell about 50%, tech stocks dropped about 75% and REITs climbed 50%.  Our client’s portfolios weren’t immune and were down some, but not nearly as much as most investors.

Historically the stock market had fallen by 50% about once every 40 years so I figured that I had easily survived the worst drop that I’d see in my career.  But then we had the 2008 Credit Crisis.  The financial system was on the verge of a global collapse in October.  Our client’s portfolios were very well diversified but everything except US Treasury bonds fell, many assets posting historical losses and stocks fell 50% again over a gut wrenching several months.

I can’t count the number of phone calls I had with clients where I told them that we would get through it and not to sell their stocks.  The economy was a mess and there was no clear path to recovery even months after the October initial decline.  Finally, in March, for no apparent reason, stocks started climbing and we ended the year with some of the best gains of my career.

One of the things I’m most proud of is getting our clients through that period and back on track.  Some called me again and again wanting to sell their stocks at the very lows.  About 98% of our clients followed our advice but some cashed out and went to the bank.  Another one finally couldn’t stand it any longer and cashed out on the day the market hit bottom.  They quickly got back in a couple weeks later but the fear cost them $30,000 on a relatively small portfolio.  Some of our newer advisors have looked at their performance and wondered if there isn’t a mistake because the return was so much lower than the rest of our clients.  Still, they did much better than the clients that moved their funds to the bank.

Today, we’re seeing the same panic as 1987, 2000-02 and 2008-09.  We’re having the same conversations.  But clients are telling us that it is different this time.  The cause of the panic is different, but the panic is the same.  The fear, the uncertainty, the economic damage that we can’t yet assess.  But we’ll get through this event, too.

In 2008, I was more scared than today.  I’ve been watching the coronavirus since the end of January when it was confined to Wuhan, but clearly something that could have a global economic impact.  I’ve watched the numbers and reports from the World Health Organization, the CDC, and the Johns Hopkins site, tracking the numbers daily and learning all that I can about the virus and the economic damage we may see. 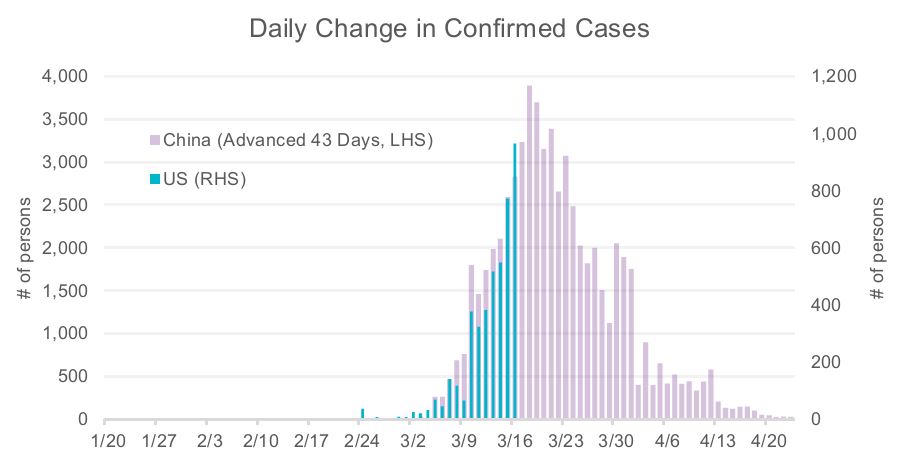 There’s no question that the number of new cases will keep rising over the next week, two, maybe longer.  It seems that most of the country got a good understanding of the seriousness of the virus a few days ago and made substantial changes in their lives to mitigate the spread.  Given the incubation period, it will be another couple weeks before we see how effective these measures are and if we’ll need to deal with a more massive outbreak or can watch the new case numbers start to decline.  And even when the number of new daily cases goes to nearly zero, as it has in China, we’ll still be dealing with the next steps and a slow, cautious return to normal.

But it will be a different normal.  Just as 9/11 changed things, this virus will change things.  Instead of fearing another terrorist attack and being leery of getting back on an airplane or attending an event with a large audience that could be a target, our fears and plans will revolve around the potential to catch the virus.  Travel preferences may change from cruise ships to visiting national parks, always with a check to make sure that the destination is safe.  Many restaurants and hotels that closed this week will never reopen.  And there will be a lot of debate over how well our health care system handled the crisis and we’ll make changes to be better prepared for the next virus.

I could get into PE ratios, interest rates, default rates, and all the statistical reasons that influence our investment allocation today, but I’ll spare you that.  Our investment strategy has always been to diversify well among many different asset classes and work with some of the best fund managers on the planet.  We look to sell assets that get overly expensive and buy ones that seem to be on sale.

Last week we increased the allocation to cash for our retirees to provide most of them with at least three years of income without the need to sell anything.  And our clients closer to retirement also saw an increase in their cash position in case the pending recession creates an unplanned early retirement.  And we’ll continue to reposition our client’s portfolios as the opportunities arise.  We won’t buy things at the absolute bottom because no one knows when that will be, but we think that we’ll look back on this as a time of some great values. 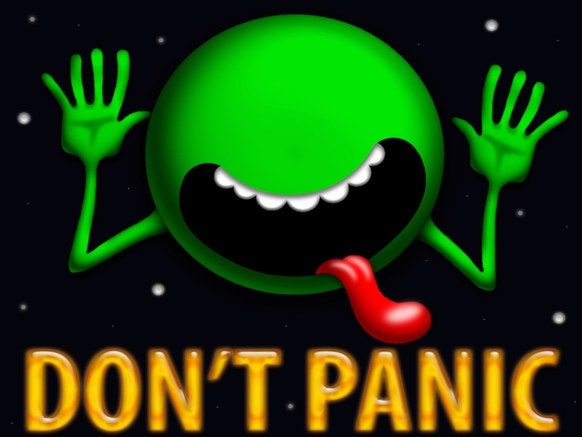 If you are interested in some help, our advisors are available to talk or do a virtual meeting.  But please don’t let today’s fear ruin your decades of savings and smart decisions that got you to this point.

Wishing you and your loved ones the best during these scary times.