The Rule That Would Help Investors—Won’t 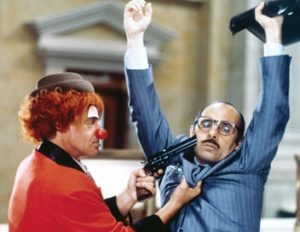 The new Department of Labor rule to protect investors was supposed to go into effect today. It would require any financial advisor giving you advice or selling you products for your retirement accounts to put your interests first and act as a fiduciary. But it didn’t happen.

The DoL has spent the past seven years developing the fiduciary rule and hearing from the industry and consumer groups through multiple comment periods and hearings. They pulled the first version after criticism from Wall Street and the insurance industry and put out a revised version and then continued to fine tune it based on additional feedback. A year ago, the fiduciary rule was finally released, but it won’t take effect today. The new White House administration issued a memo in February requesting that the rule be reviewed some more. Last week the DoL announced that the rule implementation date would be delayed until June 9th. And most observers expect it to be delayed further, significantly changed to appease Wall Street and the insurance industry, and/or pulled altogether.

Two years ago the White House Council of Economic Advisers released a study that quantified the cost of today’s conflicted financial advice at $17 billion per year– just in retirement accounts. So it’s clear why Wall Street brokers and the insurance agents don’t want to put your interests first.

Unfortunately, we see the impact of the lack of proper regulation all the time. We meet prospective clients that aren’t happy with the results and service they get from their “advisor” and we have to explain to them how the industry works. It really shouldn’t be a secret.

Most “financial advisors” can earn commissions on the sale of investment products like stocks, bonds, mutual funds and annuities. The problem comes in when they can earn 7%, 10% or even more on complex financial products and the investors aren’t given any indication of what financial incentive is given to the “advisor”. Many “advisors” are simply salespeople and what they are doing is perfectly legal today, if somewhat unethical.

Every day, though, Americans reach retirement and need to determine what to do with their 401(k) savings. They often consult an “advisor”, often for the first time, and get a recommendation to roll over their life savings into an annuity or other expensive product that sounds great. They aren’t told that the “advisor” may make a $35,000 one-time commission for handling the transfer of their $500,000 401(k) balance into an annuity. Clearly, with costs that high, the investment likely won’t fare very well. And there’s no incentive for the “advisor” to service the client as they were paid up front. But that’s how it works. And, despite seven years of effort by the DoL and support from groups like NAPFA (the National Association of Personal Financial Advisors), the Financial Planning Association, and the Certified Financial Planner Board of Standards, the rules won’t change today. And they may not change any time soon.

Fortunately, educated investors can work with advisors that are fiduciaries. Look for advisors that work for a Registered Investment Advisory firm or RIA, and not a commission based firm that is licensed by FINRA. Watch out for insurance agents, too. Where you want to start is with a fee only advisor that is required to act as a fiduciary. You can learn more at NAPFA www.napfa.org or get our free advisor checklist at our website at www.vintagefs.com.

« Can you afford not to have a good financial advisor?
Fight Back on Health Care Costs »
Back to Blog